The following was a branding project completed for Judson University’s University Ministry during the fall semester of my junior year in when I served as Chapel Graphic Designer. The series was titled “Vanity” and was a study on the Biblical text of Ecclesiastes in which the author of the book expresses his frustrations with life. He toils over the meaning of everything under the sun, claiming that it all is nearly vapor in the wind, meaningless, vanity. I wanted to create a word mark that would emulate the feeling of vapor or mist, something that even as we see it, it begins to fade or be blown away. I then created a series of five calendar postcards with images that instilled a sense of longing, or heavy feeling. 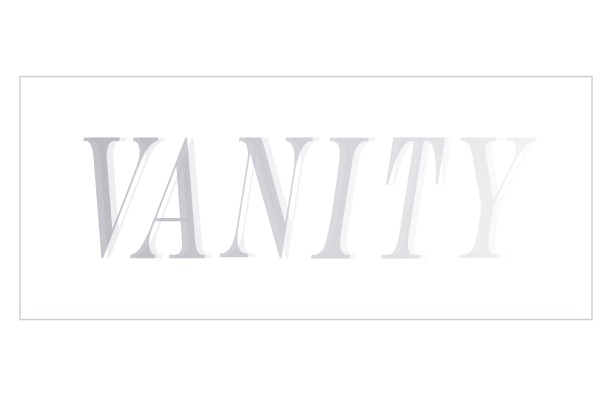 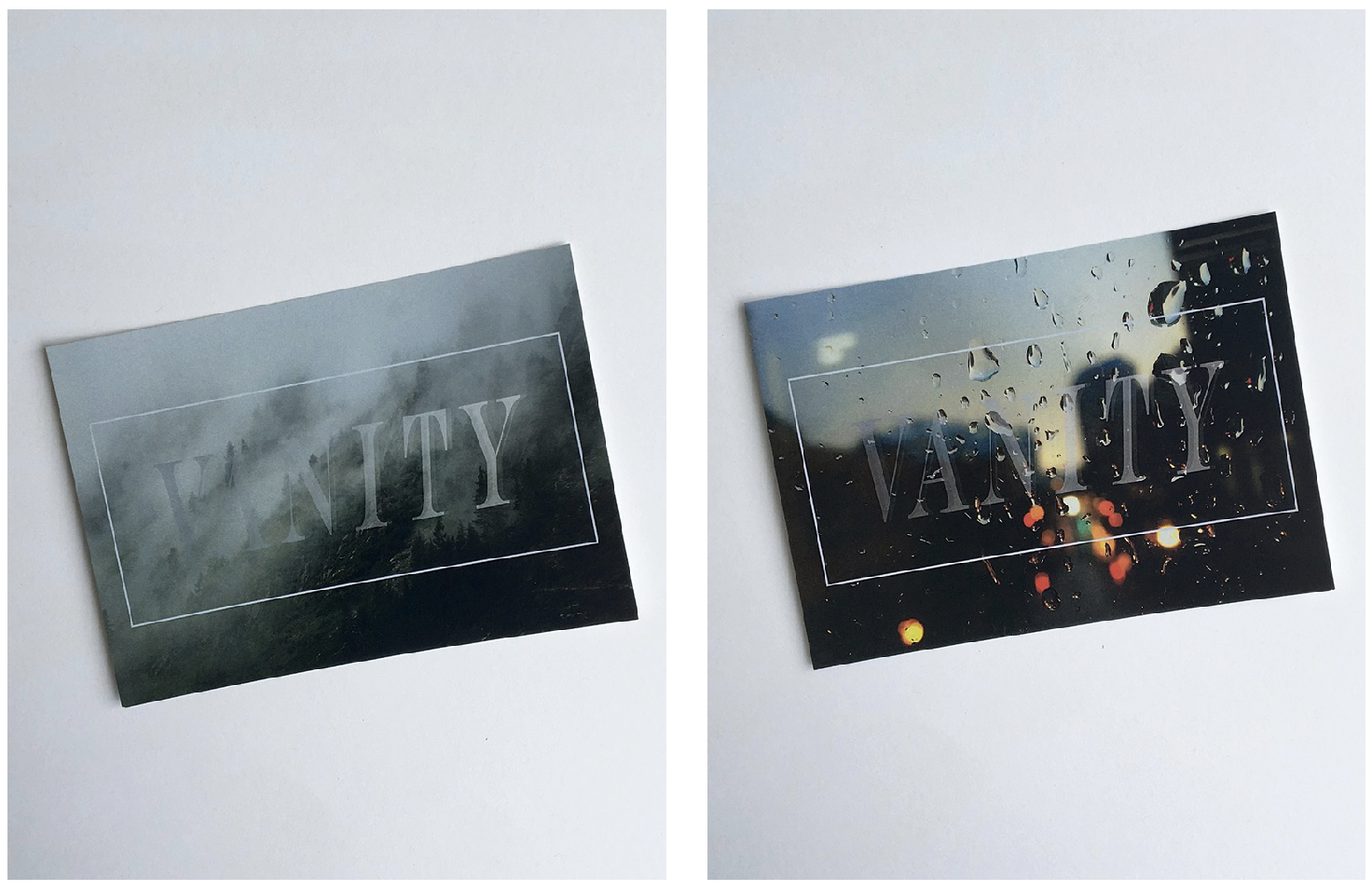 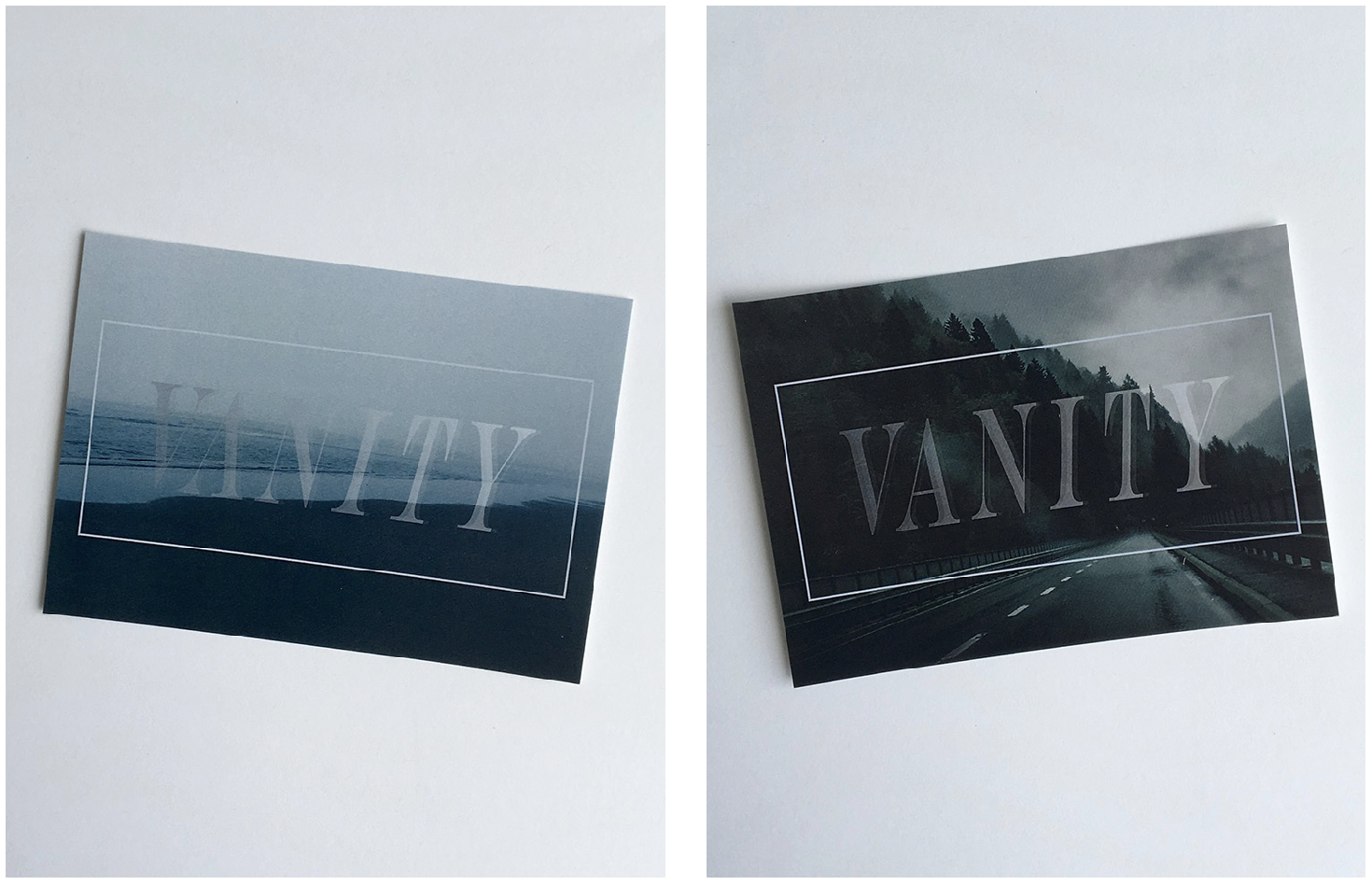 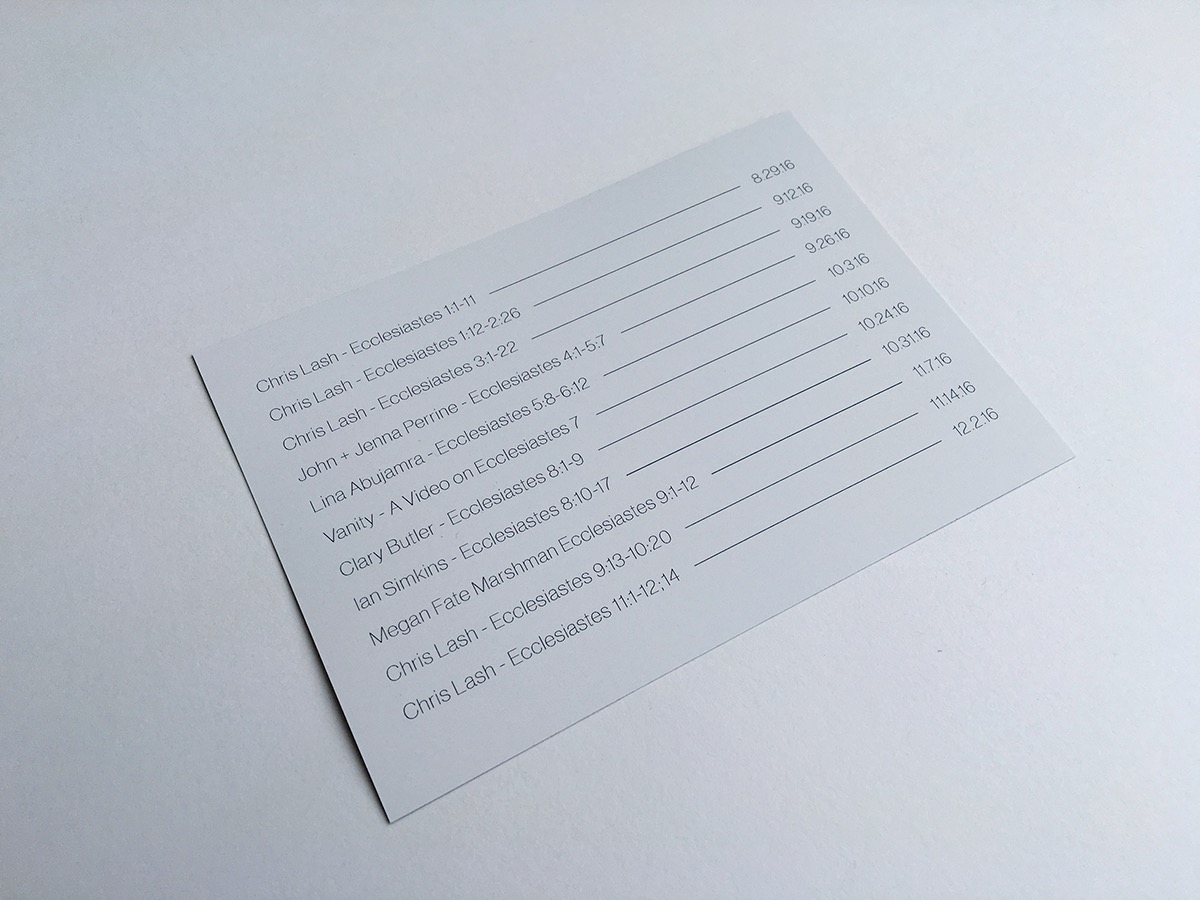